If you couldn’t already tell, I’m a writer & I love it. But, my love extends far past the complete act of writing. I love lingustics & semantics. I love vocabulary. I love punctuation. My favorite course as an English major at Rowan University was American English Grammar.

ENGL 05301: American English Grammar (AEG)
This course emphasizes traditional grammar and seeks to give the student a practical understanding of the structure of contemporary American English grammar. Procedures include lecture, class discussion, and the working out of grammatical problems, including sentence diagramming.

Speaking of grammar, let’s get to the point.

Honestly, I don’t remember when, but at some point between fifth and ninth grade I learned this (&) is an ampersand & taught myself how to write it, so I could use it to write notes faster. That’s the dead honest truth. Being that I was also learning math + was a confusing symbol to replace “and.” The ampersand not only provided an accurate translation of what I meant, I was attracted to it because as useful as it is, it’s so ignored.

In older versions of English, et was used as we use and today. It was from the word et that we got the symbol &. 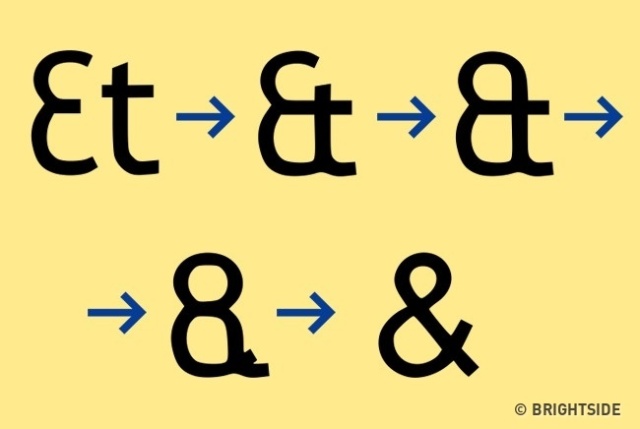 While the condensed version of the transformation seems simple, the history of the ampersand is actually quite intriguing & extensive: 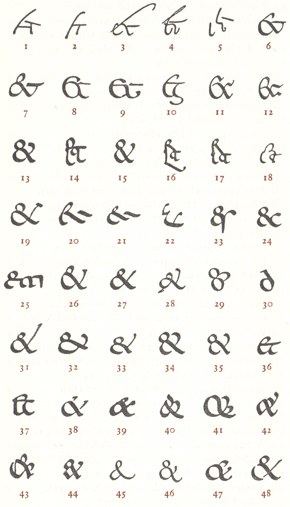 “The first recorded ampersand—a rudimentary ligature of the letters “E” and “T” from the Latin word et, meaning “and”—was scratched onto a Pompeian wall by an anonymous graffiti artist around the first century A.D. (shown above, image one). In time, the ampersand became a ubiquitous symbol: by the nineteenth century it was taught to schoolchildren as a twenty-seventh letter of the alphabet. Before that, however, it spent an entire millennium in competition with a rival mark. The “Tironian et” (⁊), had the twofold advantage of a head start and an impeccable pedigree. Created in the first century B.C. by Tiro, secretary to Rome’s famous orator Cicero, it was well established as part of Tiro’s extensive shorthand system, the notae Tironianae, by the time the proto-ampersand arrived a century later. The Tironian et continued to thrive in the Gothic-script religious texts of the Middle Ages but eventually fell out of use, along with the rest of Tiro’s system. The ampersand, meanwhile, evolved, as newly legible Roman and italic scripts made their way from Renaissance Italy, eventually assuming its familiar form (above, right, forty-five through forty-eight). Nowadays, the ampersand is everywhere—except in Ireland, where observant motorists may still spot a Tironian et adorning the occasional Gaelic traffic sign” (source).

The version I write is the traditional handwritten ampersand (row 1 #5), but hundreds of variations exist for different fonts. Several famous ampersands (like row 4 #8, or row 2 #1) also variations rarely used in handwriting, but commonly seen in typography. That’s not to mean any version is any more or less than any other version. That’s just the reason while you’ll see so many different kinds. I just think it’s cool the know the backstory of my logo. 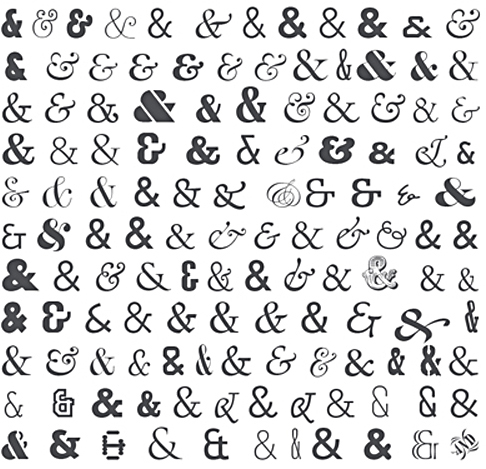 The history of the symbol is also quite interesting & rather mysterious:

It’s impossible to say exactly when this symbol was first written down, but an early example has been found as graffiti on a wall in Pompeii, preserved by the eruption of Vesuvius in 79AD. It can be very difficult to trace the development of symbols over time, but with the ampersand the work has already been done for us, by one Jan Tschichold, a typographer born in Leipzip in 1902. Tschichold devoted an entire study to the development of the ampersand in his 1953 booklet The ampersand: its origin and development, where he collected hundreds of examples of the symbol throughout history, recording its development from the piece of ancient graffiti to the familiar ‘&’ used today. Within this collection are examples from the eighth century which are already recognizable as the modern ampersand (source).

I’m a sucker & have a facsination for the mundane we take significant advantage of, but don’t even understand.

Do you know what an aglet is?

You probably don’t, but there’s probably at least 2 per person in every household.

Aglets are the little plastic tubes over the ends of shoe laces to help the user lace their shoes easier.

I know this because I watched Phineas & Ferb, but I’ve never forgotten it.
A-G-L-E-T! 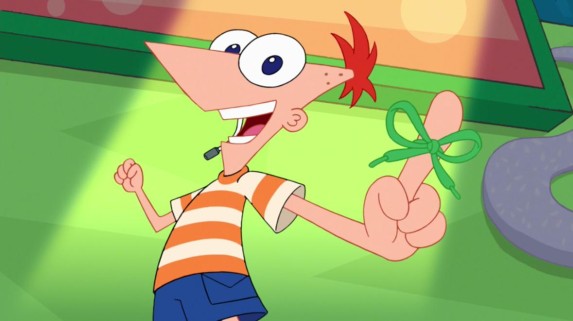 By next post, April 1st will have come & gone leaving behind yet another April Fool’s Day. I’m not particular about this holiday. It’s only brought, me specifically, trouble. I know plenty of people who enough enjoy the jokes & the pranks, but some of the tricks on me were so terrible that I can’t allow the day the energy anymore.

Lots of comedians & (other) lifestyle bloggers have queued or already posted fabulous content regarding April Fool’s Day & I encourage you to support those.